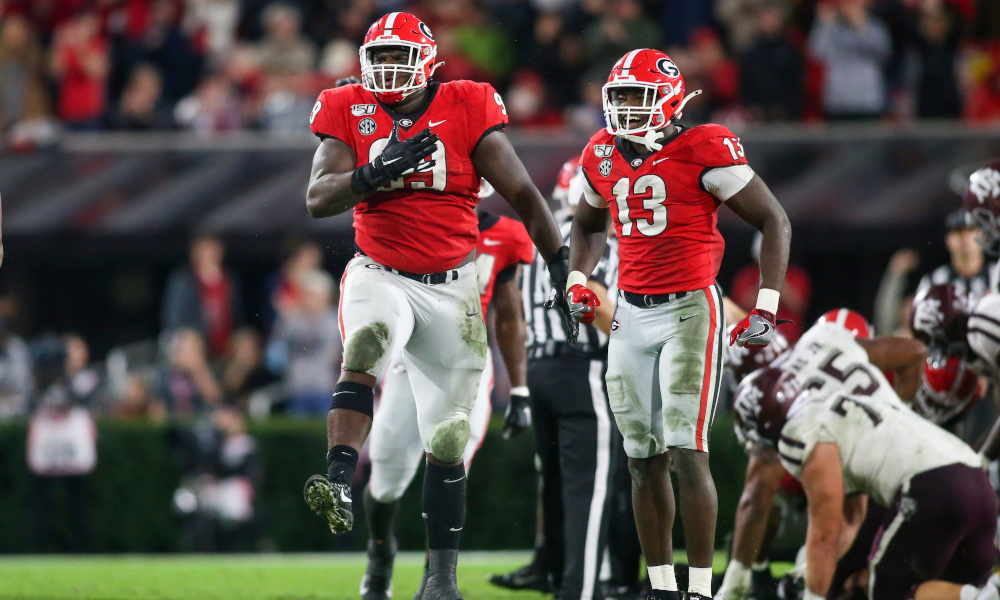 Does Georgia break through the Nick Saban shield and win a national championship?

Bulldog fans are hopeful that next week will conclude with a College Football Playoff trophy for the first time in 41 years. Kirby Smart has not defeated Saban, but national media and betting sites believe his moment has arrived. After suffering a 24-41 loss to Alabama in the SEC Championship Game, Georgia players see the rematch as a different story.

Jordan Davis, a senior defensive lineman, wanted this matchup. The 6-foot-6, 340-pounder won the Chuck Bednarik, Outland Trophy, first-team All-SEC honors, and Unanimous All-American honors for his efforts. Davis helped the Bulldogs achieve the best defense in college football, and he was the intimidating force in the middle. Davis had 30 tackles, 4.5 stops for loss, two sacks, and one quarterback hurry. He is an imposing specimen, but Davis got worked against the Crimson Tide on Dec. 4, 2021.

Alabama made him a non-factor at Mercedes-Benz Stadium.

Davis spent most of his time on the sideline as he was tired out. Georgia responded with a dominant showing versus Michigan in the Orange Bowl, and Davis feels the team is better prepared for the Tide.

“Our defense is what you’ve seen for the last 12 weeks in the regular season,” Davis said this morning to reporters. “Alabama, they gave us a fit. They threw a lot of haymakers, and we couldn’t respond like we wanted to. But with time, you get better. You learn more about yourself as a defense. You learn more about Alabama this time going into the game. So, this time around definitely will be different.”

Davis said a ‘lack of conditioning’ hurt Georgia in the SEC Championship.

“Honestly, the SEC, it was own to mental execution,” he said.

“It was a couple of plays that we busted, and they got big plays on. Coach Smart has been working us hard. And actually, I’m about to run right now after this meeting. So, it’s definitely about pushing yourself to the next level. You want to do the things – this is for all the glory. So, if you’re not pushing yourself to the absolute limit, then it’s like what are you here for.”

Tim Williams, a Crimson Tide alum, does not see Davis dominating Alabama. Williams won three SEC Championships (2014-16) and a CFP National Championship (2015) with the Crimson Tide. He is one of the best edge rushers of the Nick Saban era.

As good as Davis is, the Baton Rouge (La.) native does not think he is better than Will Anderson Jr.

He gon get his a**** EXPOSED AGAIN. Jordan Davis. Isn’t better then our OLB WILL ANDERSON. NCAA football. Be snubbing the real Killers of the Sec. https://t.co/aEuzQc2kEG

Davis and the Bulldogs want to end the drought. We will see Monday night.