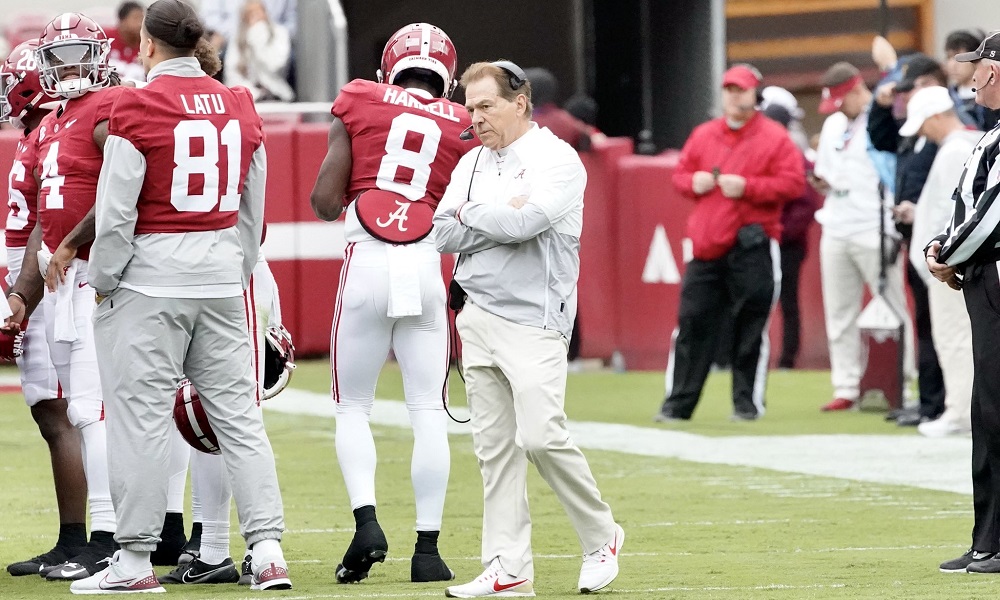 A major part of playing to the Alabama standard for a Nick Saban defense is forcing turnovers.

In its national championship seasons, the Crimson Tide created interceptions, pick-sixes, forced fumbles, and fumble recoveries during critical moments. It has not had much success this season, but Alabama had a shining moment last week versus Austin Peay at Bryant-Denny Stadium. The Tide’s defense generated three turnovers, including two interceptions from Brian Branch and Kool-Aid McKinstry. Linebackers Will Anderson and Deontae Lawson had balls in their hands, but they did not finish the play.

RELATED: Former Alabama players returning to campus to try and restore the culture

Alabama’s defense pitched its second shutout of the season.

Coach Saban was pleased with the victory, especially with how the team played in the second half, but he wants to build on playing with pride. After the game, he told reporters that forcing more turnovers will give the defense more confidence.

“We are going to keep emphasizing getting turnovers,” Saban said. “We also have to emphasize ball security. We had three turnovers. One on special teams, one interception, and a fumble, so the turnover ratio is so important. It was exciting to see the defense get the turnovers today. Hopefully, that can be contagious for us and we continue to do that.”

Alabama faces Auburn this week in its Iron Bowl regular-season finale. The matchup returns to Tuscaloosa after a 24-22 thrilling overtime victory for the Crimson Tide in 2021 at Jordan-Hare Stadium. We will see if the Tide continues forcing turnovers.