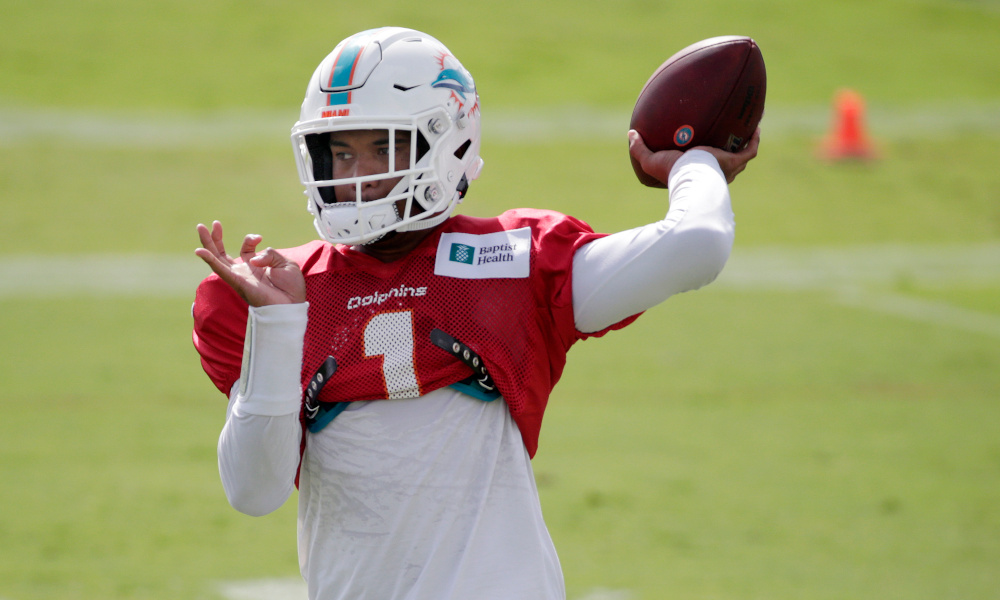 He has his critics, but Tua Tagovailoa also has people supporting him too.

David Carr, a former quarterback in the National Football League, is one of the supporters.

Carr, an alumnus of Fresno State University, played 11 seasons in the NFL — including two stints with the New York Giants. He was signed to the Giants in 2011 as a backup to Eli Manning and assisted the team to a Super Bowl title that season. Carr did not have the greatest career in the pros; however, he knows what it takes to succeed. As an analyst for NFL Network, he is not ready to write off Tagovailoa after one year.

“[I think] he’s gonna take that next jump and help this team get to the playoffs.”@DCarr8 on expectations for Tua in year ✌️ (via @NFLTotalAccess) pic.twitter.com/px21OAhhoC

“I just think back to when I went from my rookie year to my second year, and how much more comfortable I felt … so Tua is going to be in the same situations as all young quarterbacks are,” Carr said of Tagovailoa. “I thought he played really well and when you look at the film you see similarities to Steve Young. It took Young a while to morph and grow into the All-Pro, MVP type of player, but Tagovailoa has the same type of ability.”

Carr also mentioned that people need to be patient with Tagovailoa. He stated that the Miami Dolphins see greatness in its No. 5 overall pick from the 2020 NFL Draft. The former University of Alabama standout was 6-3 as a starter in his rookie season and accounted for more touchdowns (11 to five) than interceptions.

Tagovailoa learned a lot from Ryan Fitzpatrick, but Brian Flores is excited to see what the native Hawaiian can do as the leader of the franchise.

He has put in a lot of work this offseason and is prepared to take a major step forward.

Crimson Tide fans are pumped up to watch Tagovailoa dominate in the fall.