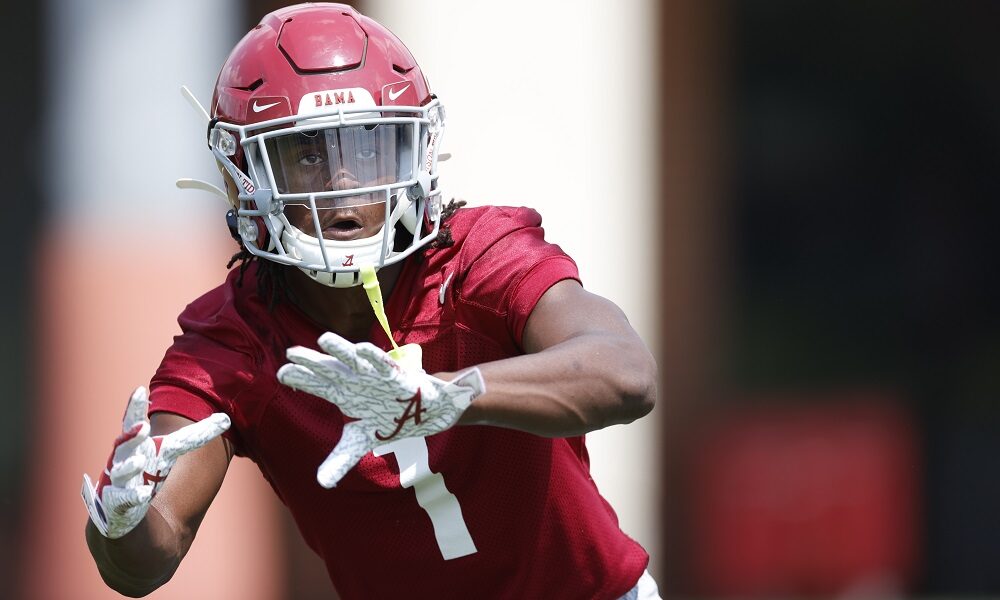 The University of Alabama football program travels to AT&T Stadium on Sunday for the Goodyear Cotton Bowl versus Cincinnati on Friday, Dec. 31.

Luke Fickell brings the undefeated Bearcats to face the Crimson Tide for a College Football Playoff Semifinal matchup in Arlington, Texas. Alabama is 5-0 all-time at AT&T Stadium since 2012 under Nick Saban. He coached the school to victories over Michigan (2012), Wisconsin (2015), Michigan State (2015), Southern California (2016), and Notre Dame (2020).

RELATED: Alabama’s defense must contain Cincinnati’s Desmond Ridder in the pocket, according to LB Will Anderson

Two wins came in the CFP, and the Tide is pursuing a third victory in the playoff at the venue.

Cincinnati will throw a lot at Alabama, but the Tide can handle it. Coach Saban eyes his seventh national championship as Alabama’s head coach. Despite injuries at cornerback and wide receiver, here are the top impactful players for the Tide.

Bryce Young handed Alabama its first Heisman Trophy winner at quarterback, but how will he respond against one of the nation’s best pass defenses? Cincinnati does not have the caliber of athletes that the Tide has, but the Bearcats will disguise looks in coverage and bring pressure.

Ahmad “Sauce” Gardner and Coby Bryant are two of the best cornerbacks in the sport.

Both are responsible for Cincinnati having the nation’s second-ranked pass defense (168.3 ypg allowed) and top-ranked pass efficiency defense (100.5). The two have 15 pass breakups and six interceptions combined. Gardner (85.8) and Bryant (86.3) posts elite coverage grades via Pro Football Focus in 430+ coverage snaps. Both will look to bait Young into poor decisions.

RELATED: To throw or not to throw on Sauce Gardner, that is the question: Here’s the answer

Alabama’s defense must contain Cincinnati’s Desmond Ridder in the pocket, according to LB Will Anderson