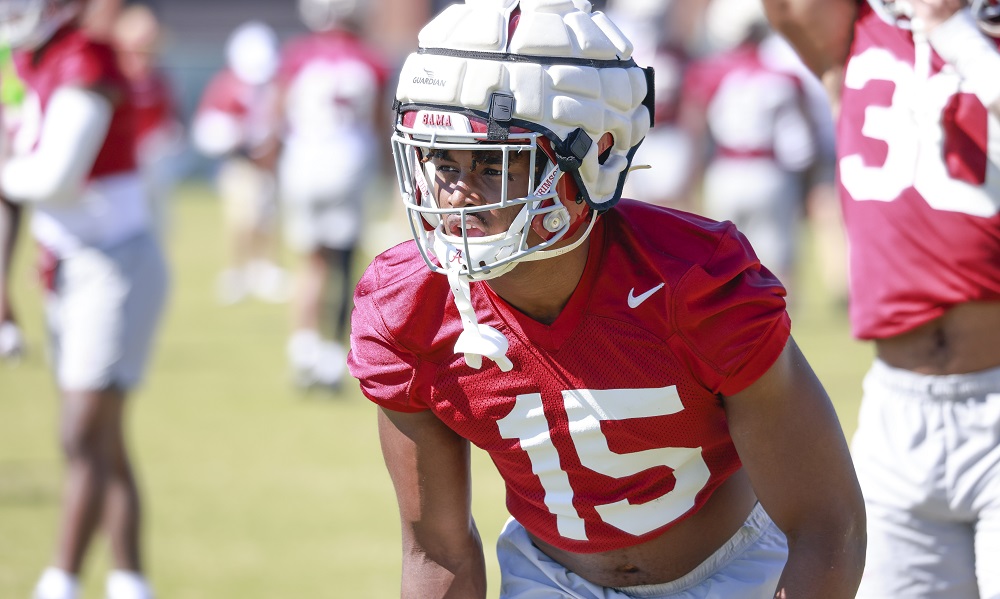 We have cracked inside the top five of our countdown. Dallas Turner, an outside linebacker, comes in at No. 4.

Dallas Turner’s emergence is the reason why Drew Sanders transferred to Arkansas.

Sanders was Alabama’s backup to Christopher Allen in 2021, and he played well after Allen’s injury. Sanders, a former five-star, sustained a hand injury against Mississippi. Turner got the starting nod versus Texas A&M and did not look back. He played 15 games — including three starts — totaling 30 tackles, 10 tackles for loss, 8.5 sacks, and five quarterback pressures.

In the Crimson Tide’s final four games of 2021, Turner collected 5.5 sacks. He got better as the season grew and Will Anderson took the freshman under his wing. Coach Nick Saban praised his work ethic as Turner made the All-Freshman Team for the Southeastern Conference. He also received Freshman All-American honors via the Football Writers Association of America.

The 6-foot-4, 240-pounder has length, athleticism, first-step quickness, explosiveness, edge-bending moves, and converts speed to power in pressuring quarterbacks. He will now be a full-time starter for the Tide at strong-side “SAM” linebacker in his second season. Turner and Anderson will overpower offensive linemen and sack quarterbacks all season. Anderson could draw double and triple-teams all season, which sets Turner up to have a monster year. We will see how he performs as a sophomore in the fall.