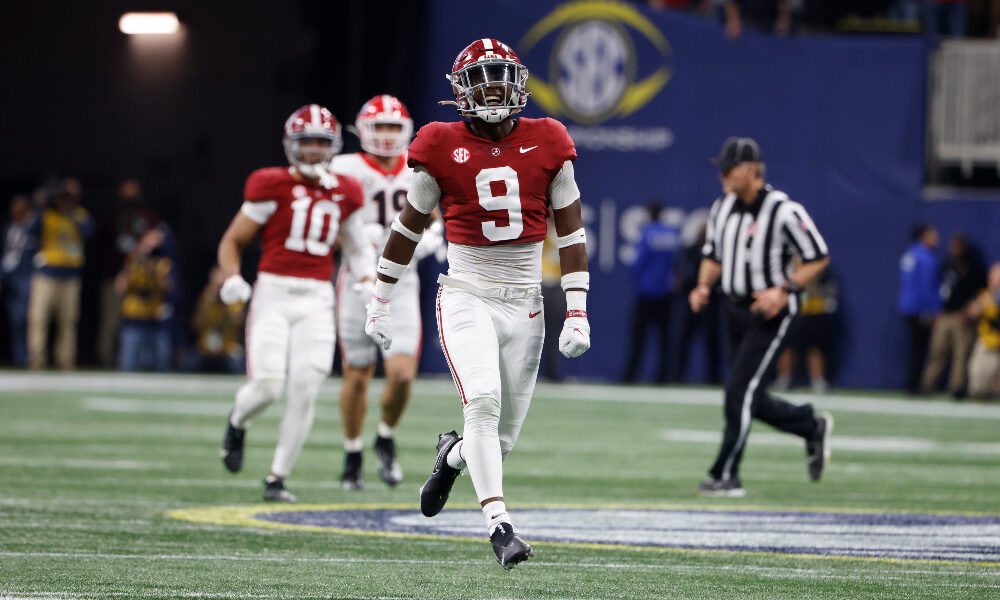 We have made it to the No. 3 player in TDA’s Top 30 countdown, and it’s safety Jordan Battle.

-Weaknesses: Can get burned by elite speed receivers, needs to better technique in coverage

Jordan Battle could have pursued the 2022 NFL Draft, but he chose to return to Alabama for his senior year.

He came into the Crimson Tide’s 2019 signing class as a four-star safety. His production has grown each season as he enters his third year as a starting safety. The 6-foot-1, 206-pounder finished fourth on the team for total tackles (86) and had three pass breakups. Battle shared a team-high three interceptions in 2021, including two returned for touchdowns. He recorded a pick-six versus Georgia in the Southeastern Conference title game to help the Tide to a 42-21 victory at Mercedes-Benz Stadium.

His decision to return gives Alabama veteran leadership in its defensive secondary. He has become a complete player and is poised to create a first-round draft status. Battle is on the leadership council and 32 career starts. He excels as a secure tackler with strong communication. During the offseason, Battle told reporters he wants to improve his discipline in pass coverage.

He tends to get burned at times by elite speed receivers, but Battle can improve that now.

He is a preseason candidate for a few honors, but he has an opportunity to have a dominant year.