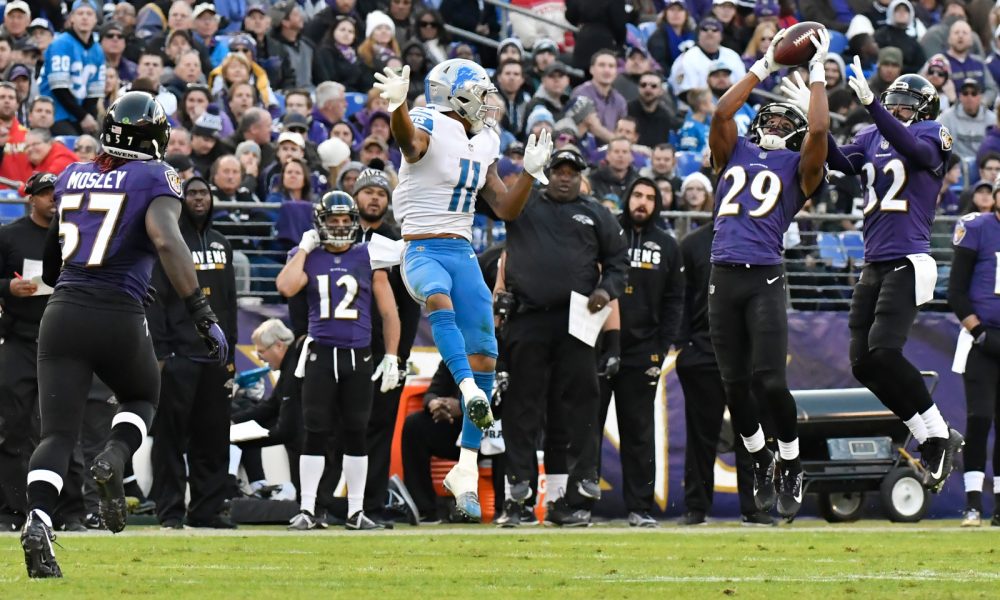 Second-year quarterback Lamar Jackson was the focal point of this year’s NFL Draft for the Baltimore Ravens, as its front office chose Marquise Brown (Oklahoma) and Myles Boykin (Notre Dame) to pair with him on offense. The franchise also selected a running back in Justice Hill of Oklahoma State to make sure Jackson is comfortable as the game slows down for him.

It looks to build off a 10-6 season in 2018, but one of the challenges Baltimore will face is having a young defense for the first time in a while.

For years, it was able to depend on players such as Ray Lewis, Ed Reed, Terrell Suggs and Haloti Ngata.

Last year, the Ravens had Suggs, C.J. Mosley and Eric Weddle guiding it back to the playoffs for the first time in four seasons.

It lost all three to free agency and though it’s good to have talent around Jackson, Baltimore resides in a division known for defense in the AFC North. New faces will be called upon to emerge for John Harbaugh’s group, fortunately, it has a player who has become a leader.

Marlon Humphrey, a young face taken in the first round of the 2017 draft, enters his third year at cornerback.

The former Alabama football star and national champion comes off a campaign where he had15 pass breakups and two interceptions.

Harbaugh saw Humphrey’s growth in his second season, especially down the stretch as he latched onto the best receivers in the league.

“We definitely lost a lot of key guys and guys that led the team last year,” Humphrey said to reporters on Thursday. “There have been a lot of stories you have seen with new faces on the Ravens, but while you guys see a lot of new faces… I see a lot of new opportunities.”

Baltimore will be young upfront; however, its secondary looks to be its strength.

To pair with the experience of Tony Jefferson and Jimmy Smith, the Ravens also signed Earl Thomas II in free agency. The 30-year-old from Texas spent his first nine NFL seasons with the Seattle Seahawks, winning a Super Bowl in 2013. Thomas was selected to the Pro Bowl six times and was a three-team selection for first team All-Pro from 2012-14 in Seattle.

It lost Mosley, Courtney Upshaw and Terrence Cody, but there are some former Tide players with Humphrey in Baltimore, including Tim Williams, Anthony Averett and Cyrus Jones.

Williams, who is expected to take over Suggs’ role as an edge rusher, was taken in the same class as Humphrey.

The native of Baton Rouge, La., was selected in the third round.

“A lot of guys from my draft class are stepping into bigger roles — including myself,” Humphrey said.

As the son of a former player, Humphrey looks forward to seeing all the young names emerge and become important contributors. Baltimore’s last run to the Super Bowl was in 2012 and it was defense that propelled it to the big stage.

Humphrey anticipates getting it back there.

Breaking: Reuben Foster Placed On Injured Reserve
Will Josh Jacobs Take his Story to the Big Screen?
To Top
%d bloggers like this: