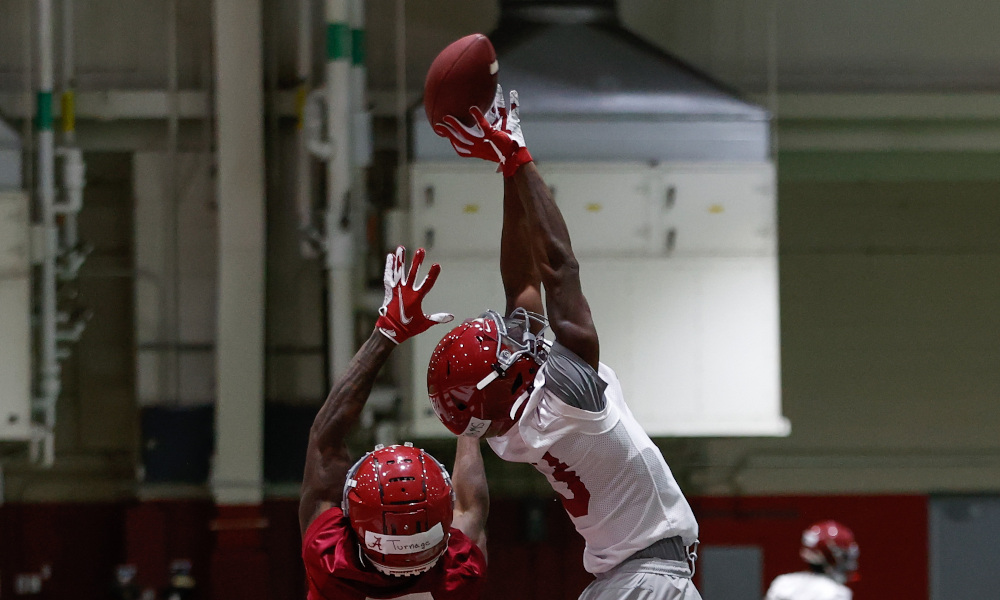 We are on our third veteran receiver for the Tide. It is time to look at Xavier Williams.

-Weaknesses: Needs to prove himself

–Summary: After not recording a catch in two seasons (2018-19), Xavier Williams would have his moment during the latter portion of the 2020 campaign.

His playing time increased versus Florida in the Southeastern Conference title game. He secured a 12-yard catch for a first down against the Gators and went on to record one reception each versus Notre Dame and Ohio State. Williams, a native of Hollywood, Fla., came to Alabama in its 2018 signing class with Jaylen Waddle and Slade Bolden. As a four-star recruit from Chaminade-Madonna Prep, he became known for his speed, clutch hands, and playmaking skills at receiver.

Williams led the program to the Class 3A State Championship in 2017 and finished his career with 1,647 yards receiving and 21 touchdowns on 67 catches. He caught a 55-yard touchdown for Chaminade-Madonna Prep in the 2017 title game to secure a 31-28 victory.

Tyrell Shavers transferred out of Alabama after he could not crack into the rotation at receiver.

Williams has had three recruiting classes stacked on top of him; however, he seems to be digging his way out. John Metchie is limited this spring, and it gives the redshirt junior a chance to start.

He joins Bolden and Javon Baker (sophomore) in the starting rotation at the position.

The 6-foot-1, 190-pounder has the capabilities to be successful, but he needs to prove himself.

Since 2017, the Crimson Tide has had an “All-Star” cast at wide receiver. Jerry Jeudy and Henry Ruggs III both were first-round picks in the 2020 NFL Draft. DeVonta Smith and Jaylen Waddle will be selected next month in the first round of the venue.

On Tuesday, Nick Saban told reporters that Metchie is probably the next first-rounder at receiver.

Williams chose to make his mark late in the 2020 season, but now the spotlight is on him.

He was strong in high school; however, can bring the level of consistency to Alabama? We shall see with the team’s first scrimmage of spring practice set for Friday. He is a good talent that needs to emerge now.