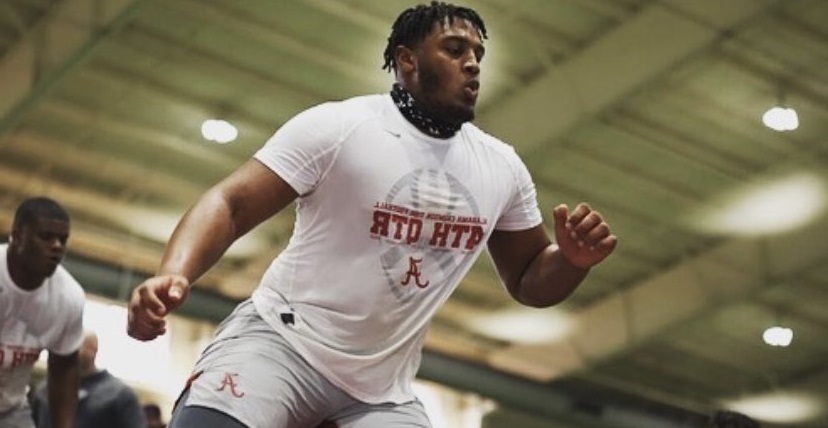 We go to the offense for this profile as we look at freshman offensive lineman, JC Latham.

The IMG Academy product was an elite pass blocker at the high-school level. He possesses next-level agility and athleticism, which allowed him to move fluently in space when protecting the quarterback. Latham started his high school career as a defensive lineman and most of his mobility has stayed in-tact.

He carries his 300-pound frame really well and still looks like a defensive lineman. Although he is more of a finesse type of player, he can get nasty at times and finish blocks.

Latham’s hand placement is another strength of his. He knows how to keep defensive linemen out of his chest by extending and locking his arms. He continues to take steps forward as a run blocker as he showed an ability to get to the second level and block linebacker during his junior and senior seasons.

With the departures of Alex Leatherwood, Deonte Brown and Landon Dickerson last season, Alabama could be in the market to add a young player to its offensive line rotations. Latham is projected to play offensive tackle for Alabama, but the Crimson Tide have a history of moving around their offensive linemen.

The opportunity to earn playing time in year one is there for Latham, but he will have to compete against some veteran reserves and fellow members of Alabama’s historic 2021 offensive line class.`