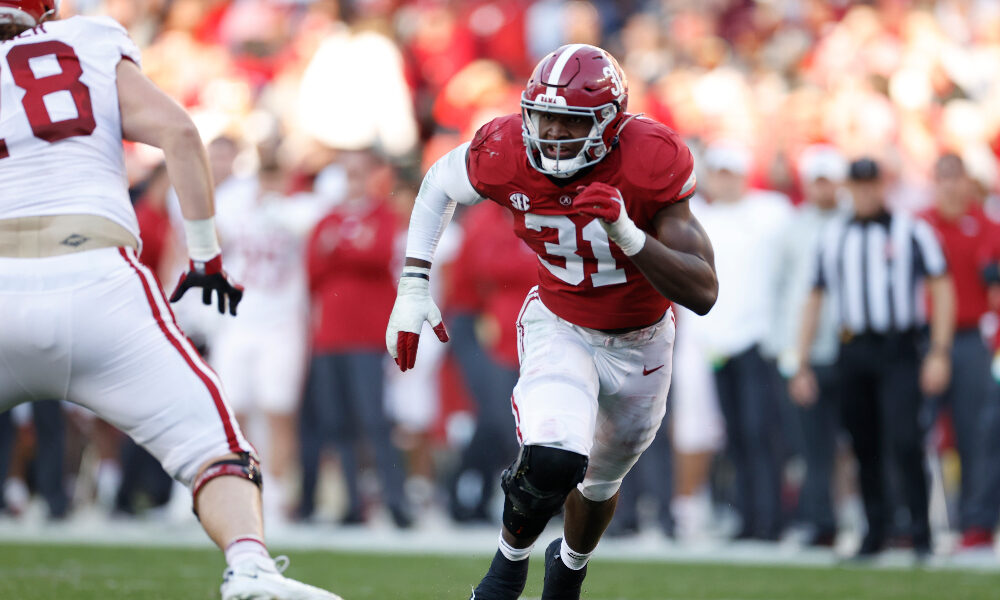 We have made it to our final two and after much debate, Will Anderson comes in at No. 2.

-Weaknesses: Dropping back in coverage

Will Anderson is simply the most dominant football player in college football.

Anderson came to the University of Alabama as a five-star recruit in the 2020 recruiting class. He was a day one starter for the Crimson Tide after he earned a starting spot during fall camp. He showed a lot of promise as a freshman, but his sophomore season is where he made a statement.

The Georgia native was selected as the Bronko Nagurski Trophy winner in 2021 and was a unanimous first-team All-American. He led the nation in sacks with 17.5 sacks. There is an argument he would have been the first defensive player taken in the 2022 NFL Draft if he was eligible.

The former five-star recruit will not surprise anyone this season and many teams Alabama will face will most likely game plan around him. Fortunately for the Tide, they have a budding star rushing from the opposite side of Anderson in Dallas Turner. Anderson’s presence alone could pave the way for some of his teammates to shine this season.

At 6-foot-4 and 243 pounds, Anderson’s explosiveness off the edge allows him to put constant pressure on opposing quarterbacks. His quickness allows him to beat offensive tackles out of their stance and split blockers. He closes on the football with great speed and can make some violent tackles.

Anderson is also a versatile player with the ability to rush from the edge and the interior while playing standing up or with his hands in the dirt.