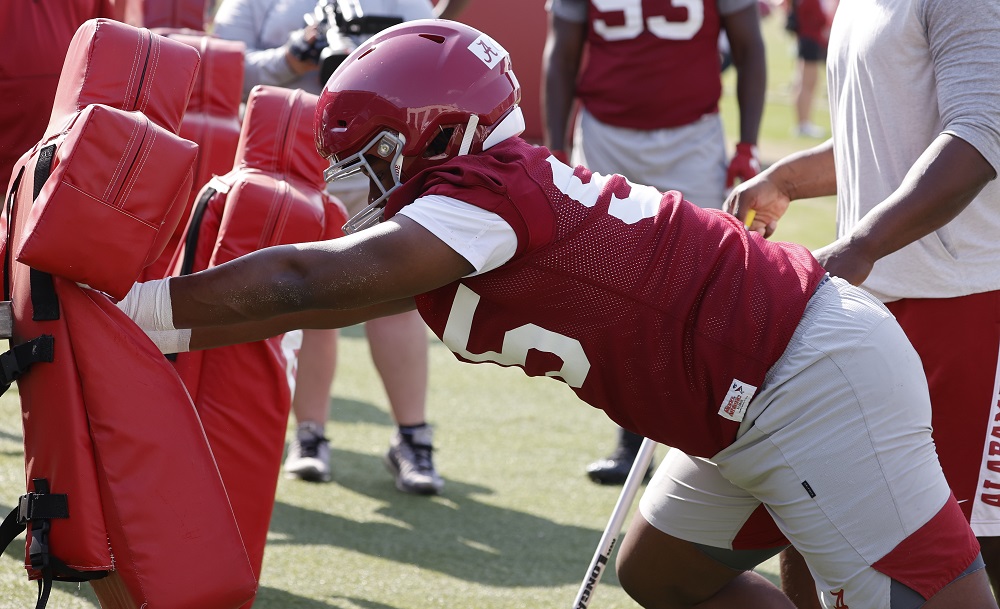 We go to the defensive side of the football for this profile as we look at freshman defensive lineman, Monkell Goodwine

-Weaknesses: Did not play senior year of high school due to COVID-19,

–Summary: Question marks surround Goodwine’s growth as a football player because he was unable to play his senior season due to COVID-19.

The last time he was in action was doing an injury-shorten junior season. Nevertheless, the Crimson Tide did not hold that against him and continued to pursue him throughout his recruitment, which led Goodwine to choose the Tide over Clemson, Texas A&M and others.

When the Maryland product was able to show what he can do there was a lot to like. It all starts with his size. At 6-foot-4 and 275 pounds, Goodwine could play defensive end or grow into a defensive tackle for Alabama. He consistently displayed an ability to move like a smaller player in space throughout his high school career.

The former four-star recruit has a high motor. He rarely gave up on a play in high school and even attacked plays that went away from him.

Goodwine gave high school offensive linemen fits with his unique blend of speed and size. He was quick off the snap and was able to use his strength to power through blockers. A lack of rushing techniques and moves were knocks on Goodwine’s ability, but it is unclear how much he has grown in that area since he did not play a single down of football as a senior.

Alabama returns a veteran defensive line group and is expected to have a deep rotation. If Goodwine is able to crack this rotation, it could help Alabama get back to having a consistent rotation along its defensive front.