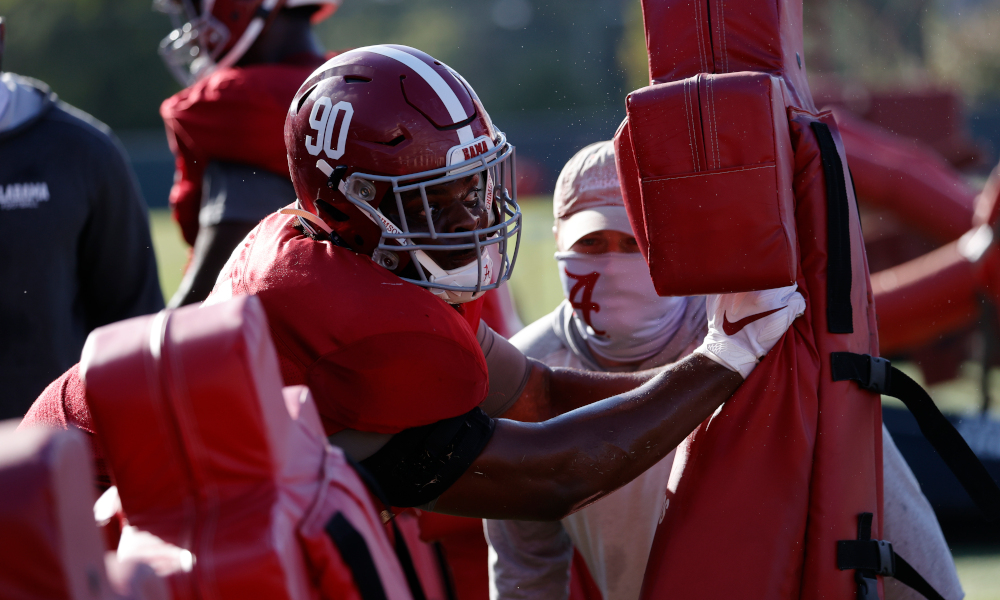 We are on the defensive side of the ball. Our eighth profile piece is on Stephon Wynn.

–Summary: He is the son of a former Clemson standout and was one of the best defensive line prospects in the 2018 recruiting cycle; however, Stephon Wynn Jr. has not been able to crack the rotation at Alabama.

As a four-star from Anderson, S.C., Wynn was a force at T.L. Hanna High School. During his sophomore and junior seasons, he compiled 150 tackles (23 for loss) and 13.5 sacks. He spent his senior year at IMG Academy (Bradenton, Fla.) and collected 18 tackles — including three for loss in eight games. The Crimson Tide barely cracked the top-five nationally (No. 5) with its 2018 signing class, but Wynn was one of its biggest signees. He missed a lot of fall camp because of an injury and has played in 14 games through three seasons. The 6-foot-4, 310-pounder saw action in two games throughout the 2020 campaign.

He’s had to battle his way up, but Wynn has turned in a good spring.

The redshirt junior will be one of the eight to nine guys that will play a lot on the defensive line. He has the strength and quickness to shoot gaps and stop the run, but we have not seen his abilities in pressuring quarterbacks.

Wynn has seen three other freshmen classes stacked on top of him; nevertheless, he is set to make his mark.

Hopefully, he will transition into fall camp with a purpose and become a contributor upfront.